I’m excited to announce that I’ve pushed lmk, my very first Gem, to Rubygems. Install like you would any other gem:

LMK is a command-line tool that solves the “I need to run this and start the next thing as soon as it’s done, but I don’t want to sit around waiting for it” problem. 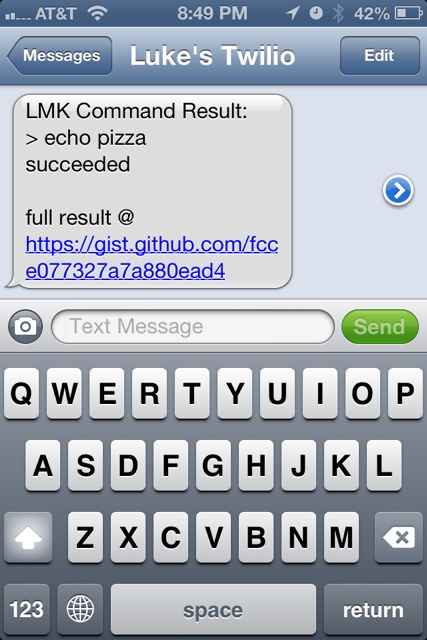 LMK runs your command just like the regular shell, but it also captures the status code, stderr, and stdout, and fires off a text message notifying you of your command’s success or failure. To deal with command output longer than a tweet, it creates an anonymous gist containing the full results, and sends a link along with the SMS.

In other words, you can kick off a long-running command and walk away. If it fails, you know promptly and can try it over again. If it succeeds, you can come come right back to it. You don’t have to be mentally polling for your test suite’s success, or for your llvm installation’s completion.

You can find the project page here, or look at LMK’s Rubygems page.